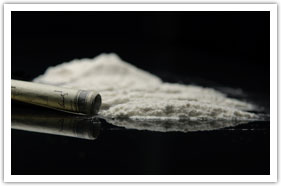 If you have been charged with a drug crime in state or federal court, your future depends, to a great extent, on the skills of the attorney you retain to represent you. For more than 40 years, people in New Orleans and Louisiana have relied on The Bagert Law Firm for an aggressive defense of drug offenses, including crimes involving:

Whether you have been charged with possession of a small amount of marijuana or with trafficking large quantities of heroin or cocaine, our drug crime defense attorneys will work diligently to obtain a positive result in your case. We carefully analyze the circumstances of each case and explore the possible defenses.

The prosecution of most drug crime cases hinges on the evidence. If the evidence against you was not obtained legally, it cannot be used against you.

Our criminal defense lawyers will review the police report and the facts of the case to determine whether you were the victim of illegal search and seizure. If so, we will move to have the evidence suppressed. Over the years, we have had significant success getting our clients’ cases dismissed on these grounds.

A Word About Intent and Improperly Seized Evidence

In every drug prosecution the government must bear the burden of proving the defendant intended to possess drugs or otherwise break the drug laws. To be found guilty of drug possession, for example, you must have intended to possess the drugs. Sometimes people don’t know they have a controlled substance in their possession.

One should never consent to a warrantless search of his person, his vehicle, or his home. The improper seizure of evidence by police happens very frequently and sets the stage for preventing the seized evidence from being used at the trial. Granting consent to a search may result in forfeiture of the right to challenge the use of seized evidence.

Finally, just because a search warrant was obtained before a seizure, does not mean that subsequently seized evidence may be used by the government. Sometimes such evidence may be suppressed because of other violations by the police.

Don’t put your future or your freedom at risk. Call the criminal defense attorneys of The Bagert Law Firm to discuss your case. Call (504) 523-1117. We represent clients charged with drug offenses throughout south Louisiana.

The former law (21 U.S.C. § 841(b)(1)(B)), a result of the Anti-Drug Abuse Act of 1986, was enacted in response to public concern that crack cocaine was especially addictive and inherently caused violence. However, time and technology have proven that the assertions about the differences between crack and powder cocaine were exaggerated and many scientists believe that the two drugs are chemically identical.

Federal criminal defense lawyer, Ben Bagert stated: “The new law is a step in the right direction, but Congress still needs to overhaul its sentencing policies for non-violent drug offenders who are serving very lengthy periods of incarceration at great taxpayer expense.